A one-day global yoga event created to raise awareness of and funds for the anti-trafficking organisation Odanadi Seva Trust.

One day, one voice,
Yoga Stops Traffick was set up in 2010 by a group of volunteers in Mysore, India. They wanted to do something to help rescue & rehabilitate children & women that had been the victims of human trafficking,survivors of slavery, domestic abuse and forced prostitution. Through the common language of yoga, 3,000 people around the world united in support of Odanadi’s work and rolled out their mats in homes, beaches and mountaintops on the same day. From the home of ASHTANGA in Mysore, a worldwide event was born.

Ashtanga Yoga is of huge significance to the young people of Odanadi. As part of their rehabilitation program, it has allowed them to reclaim their bodies; build physical and mental strength, and restore a sense of peace, confidence and self-worth.

By standing alongside them, you will be demonstrating your solidarity and support for them, as well as sending a message of defiance against a world which allows these horrific abuses to take place.

Now is your chance to make a difference, take part in Yoga Stops Traffick.

About Odanadi Seva Trust
Odanadi is a pioneering anti-trafficking organisation based in Mysore, South India, works for the rescue, rehabilitation and reintegration of trafficked women and children. For the past 20 years Odanadi has been committed to providing a safe haven for survivors of human trafficking, sexual exploitation, slavery, domestic abuse and destitution.

for all the latest AYE news check out our Facebook page

This Privacy Notice explains what Personal Data we hold, why we hold and process it, who it may be shared with and your rights and freedoms under the Law.

We can only share data if it is done securely and it is necessary to do so.

Your Rights; You have the right to:

How long is the Personal Data stored for?

What if you are not happy or wish to raise a concern about our data processing?

You can complain in the first instance to  Jinty Sheerin and we will do our best to resolve the matter. If this fails, you can complain to the Information Commissioner at www.ico.org.uk/concernPrivacy Notice

What is Ashtanga Yoga?

Ashtanga (meaning 8 limbs) Vinyasa Yoga is an ancient system of yoga derived from the teachings of  Pattabhi Jois (1915-2009). He is the founder of the Ashtanga yoga Research Institute in Mysore, India.

After learning this dynamic method from his teacher, Krishnamacharya, he then handed it down to thousands of students around the world.
Ashtanga is based on a sequence of postures, synchronising Breath with movement (Vinyasa). 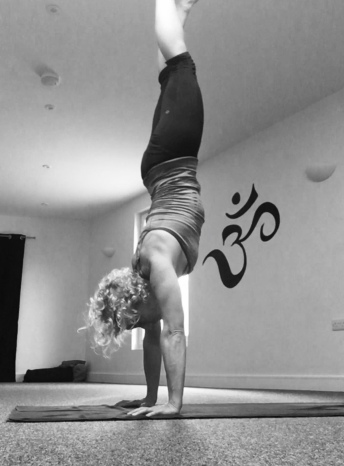 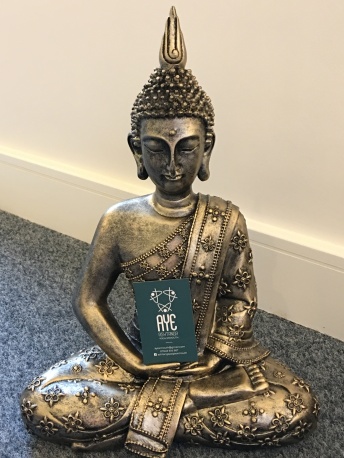 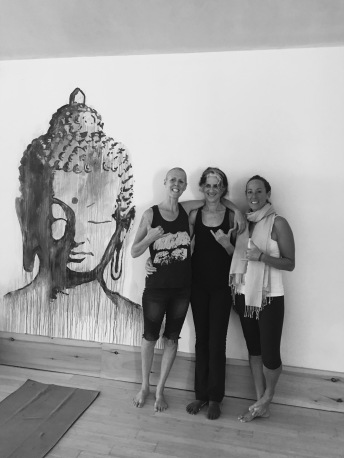 All the girls, Montauk NY 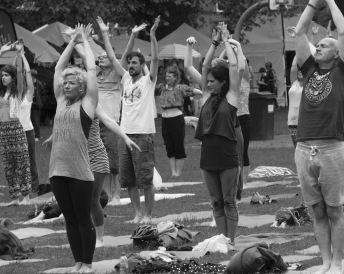 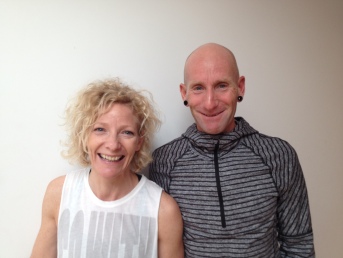 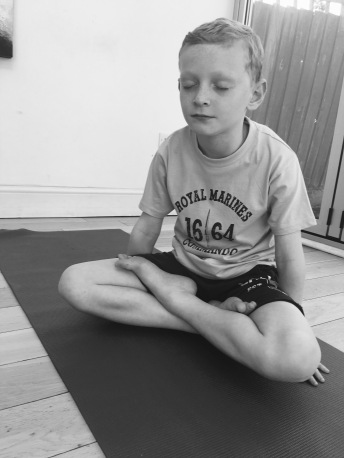 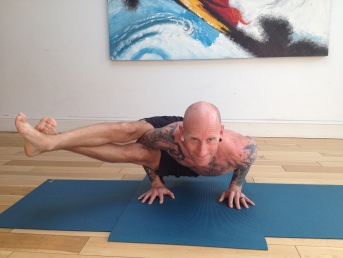 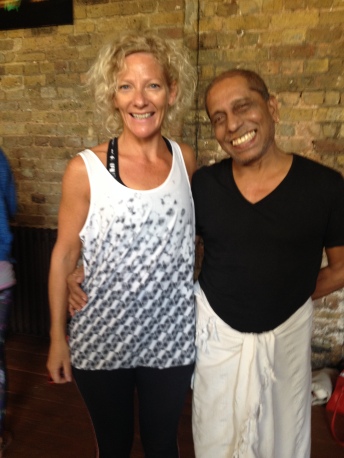 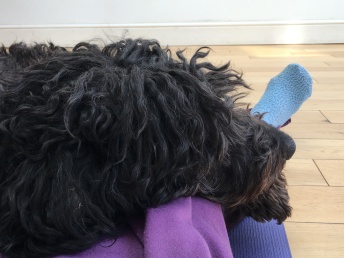 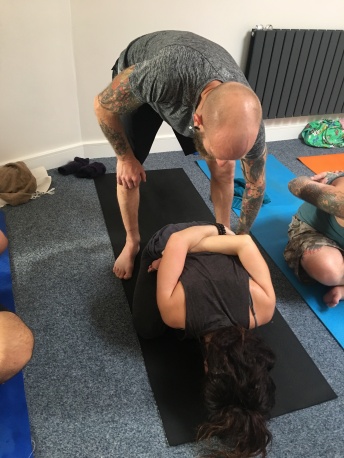 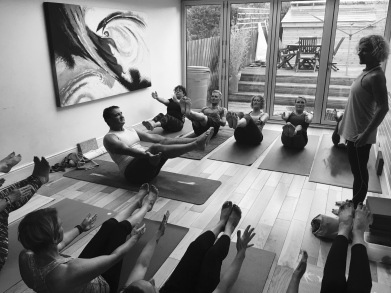 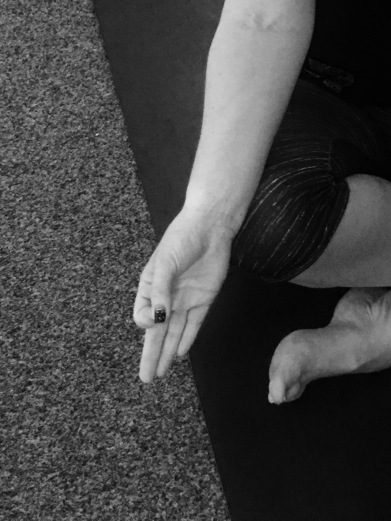 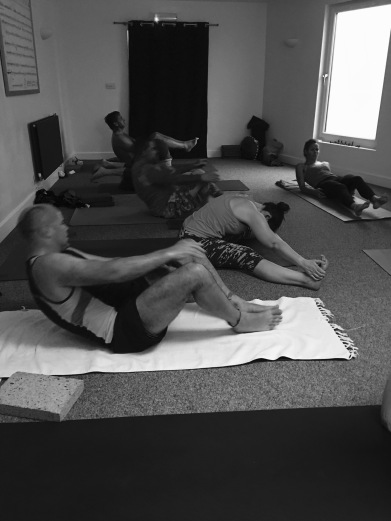 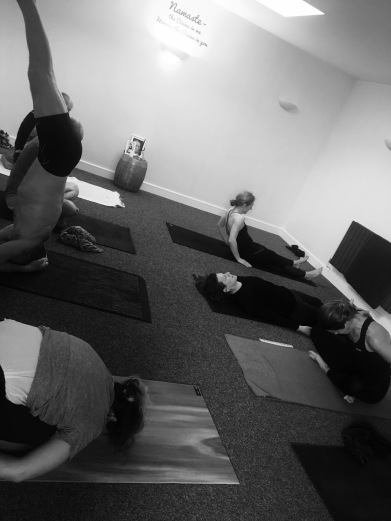 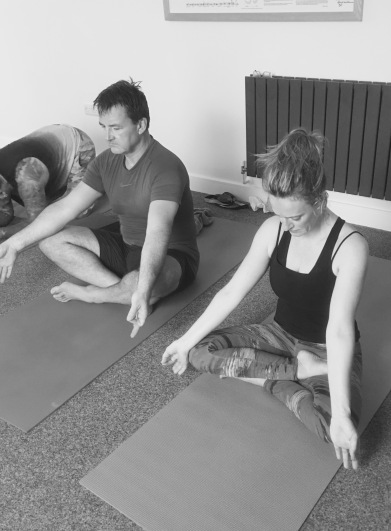 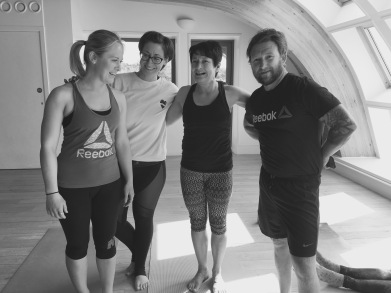 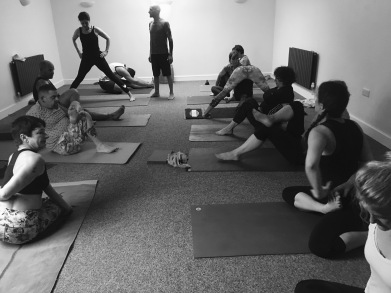 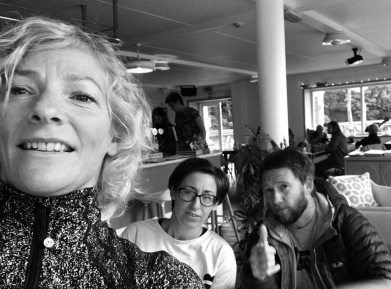 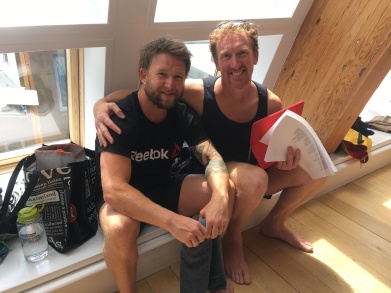 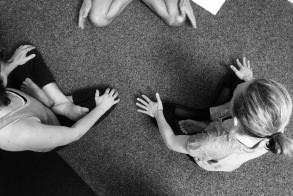 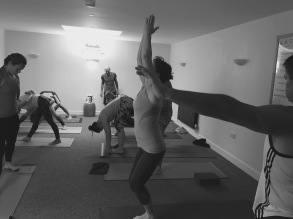 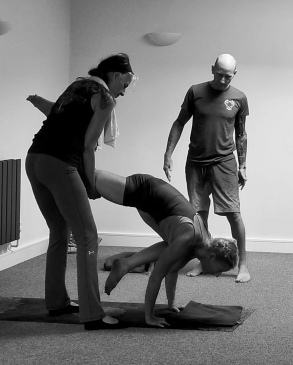 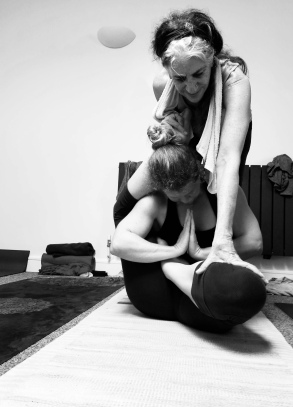 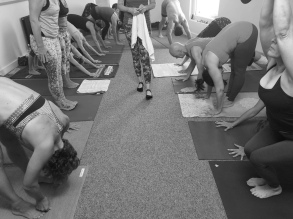 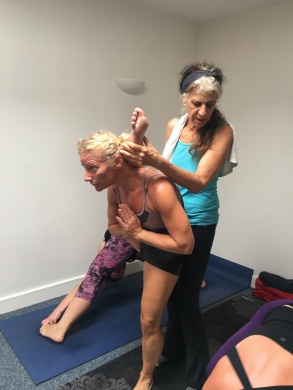 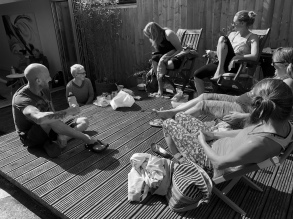 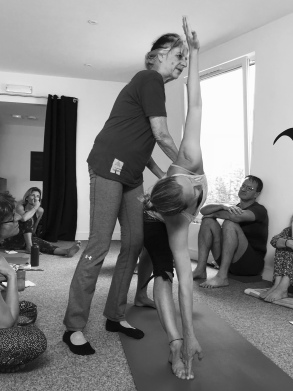 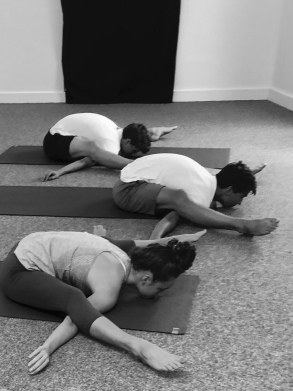 Om
Vande Gurunam charanaravinde
Sandarshita svatmasukhavabodhe
Nishreyase jangalikayamane
Samsara halahala mohashantyai
Abahu Purushakaram
Shankachkrasi Dharinam
Sahasra Sirasam Svetam
Pranamami Patanjalim
Om
TRANSLATION:
I worship the Guru's lotus feet
Awakening the happiness of the self revealed
Beyond comparison, acting like the jungle physician
To pacify delusion from Samsara (the poison of existence).
I prostrate before the sage Patanjali
who has thousands of radiant White heads, (as the divine serpant, Ananta)
who has, as far as his arms, assumed the form of a man holding a conch shell,
a wheel and a sword.
Om

TRANSLATION:
May all be well with mankind
May all the leaders of the Earth protect in every way by keeping to the right path.
May there be goodness for those who know the Earth to be sacred.
May all the worlds be Happy
OM peace peace peace

We believe it is important to give back to our community. Creating 'Charity Tuesday' gives us (& all of you) the opportunity to do just this. All money taken on the last Tuesday of every month will go straight to local charities.
%d bloggers like this: